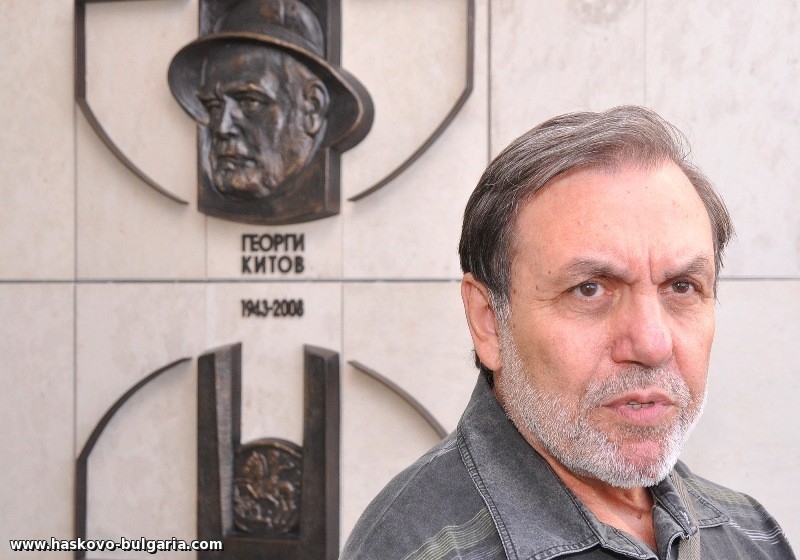 Miho Mihov – author
Taking on the task of the municipality of Haskovo to execute the idea, I realized that it would not be very easy, given the great popularity of Dr. Kitov, swinging from Long live to Crucify him!. First of all, I had several amateur pictures, most of them during excavations and one (probably studio) photo portrait given to me by the wife of Georgi Kitov – archaeologist Diana Dimitrova.
At first glance, my attention was grabbed by a picture of Kitov in a close-up, with a typical helmet on his head, in a 3/4 profile looking back over his shoulder, concentrated on a background of a blossoming sunflower field. That was impressive for me, and I decided I would go into my quests from here. The study of the subject continued with a review of some of his scientific publications, all published as artifacts, where, when, how, and so on.
The task was to achieve a plastic equivalent corresponding to the conceptual design and character of the architectural environment and to achieve synthesis. The symbolic treatment of the entire composition was conveyed by the silhouette of the sand clock, a symbol of the time elapsed. This idea was key to building a composition consisting of symmetrical horizontal and vertical parts. The lower part outlines the silhouette at a mound with added element of a coin with an image of a Thracian horseman, a symbol of authentic Thracian art.
The idea of ​​this compositional solution was reached also due to the specific architectural features, given the leading role of the architecture for the synthesis. The plastic components constituting the entire composition are inscribed organically in the screen of the tiles. The composition was built with the aspiration for symbolic generalization and, at the same time, with a specific emotional-psychological task, resolved through general imagery and portrait individualization. Bronze was chosen as the most suitable material for the realization of the idea. The scale and location of the bas-relief were found naturally and logically, guided by the Renaissance maxim, according to which man is a measure of all things.
PS: The contribution of Dr. Georgi Kitov (1943-2008) to the world archeology is enormous and undeniable. Haskovo is the only city that has built a memorial (a bas-relief next to the tomb of Alexandrovo) and named a street in its honor – a modest gesture of gratitude and honor. 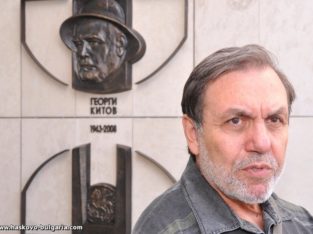