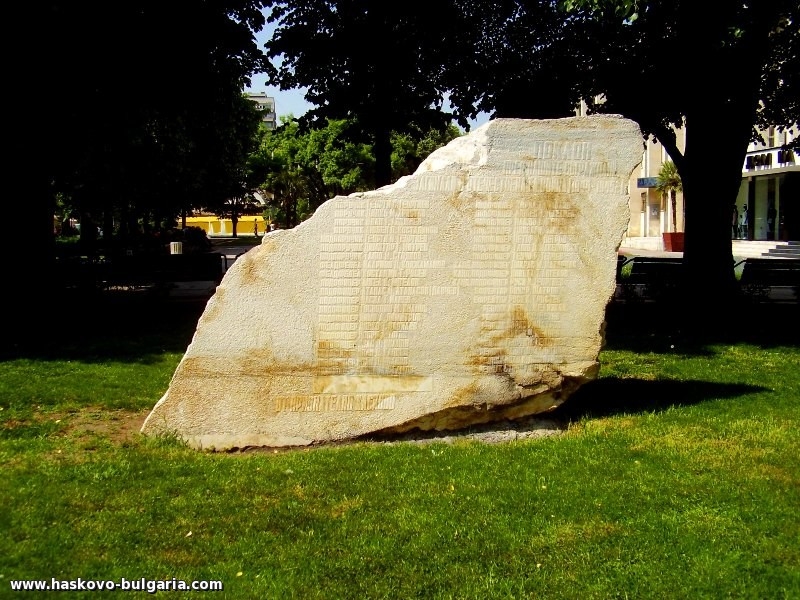 In the 60’s and 70’s of 20thcentury, many settlements in the district of Haskovo have placed monuments or memorial plaques for the fallen in all wars in the settlements of the district that did not have such ones yet. Some of them were brand new and others were renovated or restored, adding the names of those killed in World War II.
At the end of the 90’s, the Haskovo War Veterans Association began an initiative to create and place a memorial for the fallen citizens of Haskovo in the Second World War 1944-1945. The initiative was part of Haskovo Municipality’s program for restoration and preservation of monuments on its territory.
On September 27, 1999, a monument of the fallen in WWII citizens of Haskovo –front-line soldiers was inaugurated by a solemn ritual with military honors. On behalf of the war veterans, R.O. Stefan Dushkov gave a speech.
The memorial was made of polished marble, supplied from the Kresna Gorge. Designer of the project was Vakril Dimitrov. Tthere are 40 names of officers, sergeants and private men who died in the battles, written on the polished side of the monument. The monument is located in the park area against the northern facade of the Haskovo Municipality building.
Author: Dr. Violeta Kostova 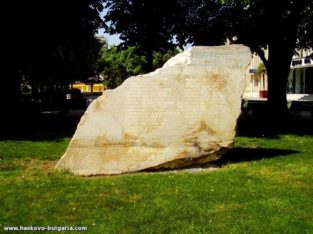