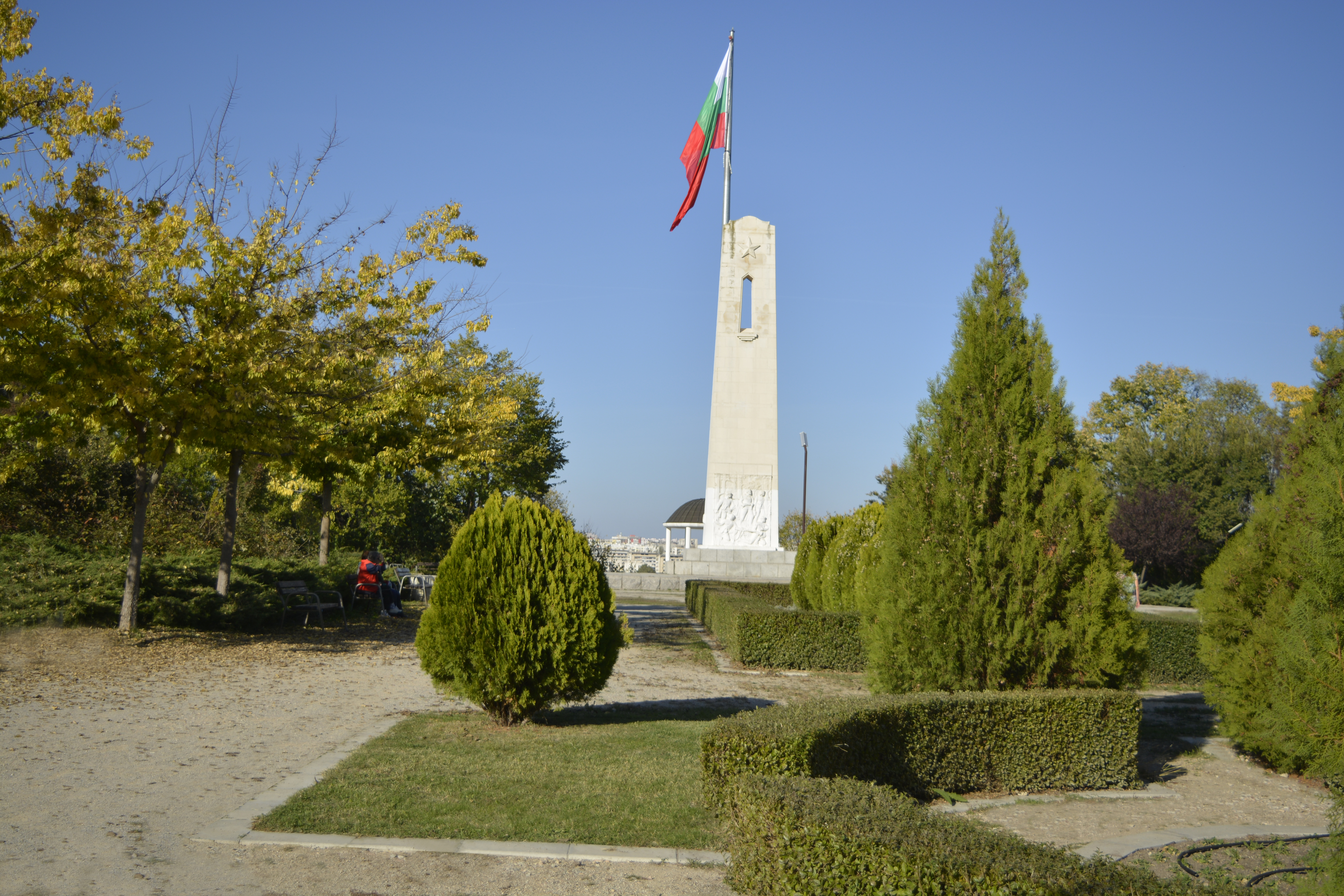 Home  /  The common grave in Haskovo

The common grave in Haskovo

The idea for the Common Grave in Haskovo came in 1946, when a casualty-list was made with the names of the dead fighters whose mortal remains shall be buried there. In June 2, 1948, the bones were transported by a funeral procession to the City Garden Park.
The monument was later built on Yamacha hill and was made by the sculptor Stoyu Todorov. It is an architectural ensemble with relief and a memorial plaque of the casualties. The material is white limestone, tiling, with the obligatory five-pointed star – a symbol of the Communist movement.
On one side of the Common Grave in Haskovo was carved 1923 – the year of the September Uprising, organized by the Bulgarian Communist Party under the command of the Comintern as an attempt to overthrow the regime of the Democratic Treaty established by the Coup of 9th of June.
On the other side of the Common Grave in Haskovo was carved 1944 – one year after the coup of 9th September, when the government was taken down by the Fatherland Front/Otechestven Front (OF).
The monument was officially inaguarated on September 8, 1955. 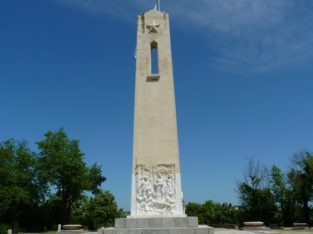