Home  /  The fortress wall of Haskovo

The fortress wall of Haskovo

Towards the end of the 8th century, a new settlement emerged at the height of Hissarya (now neighborhood Hissarya), south of Haskovo River. Surrounded by a thick wall, it gradually grew, and a second fortification wall built at the beginning of the 10th century. Thus, ten centuries ago, the early medieval Haskovo was born as a typical Bulgarian town with developed crafts, military garrison and a considerable number of populations.

In order to wipe out the young Bulgarian state from the face of the Balkan Peninsula, in the 11th century the Byzantine conquerors destroyed the city walls and destroyed the settlement. Despite these devastating blows, the population did not leave their native land and settled on the other bank of the river, later on around today’s Yamacha Park. 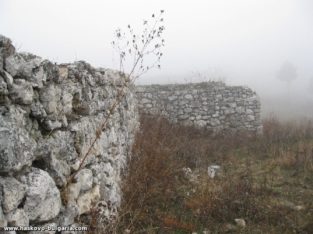