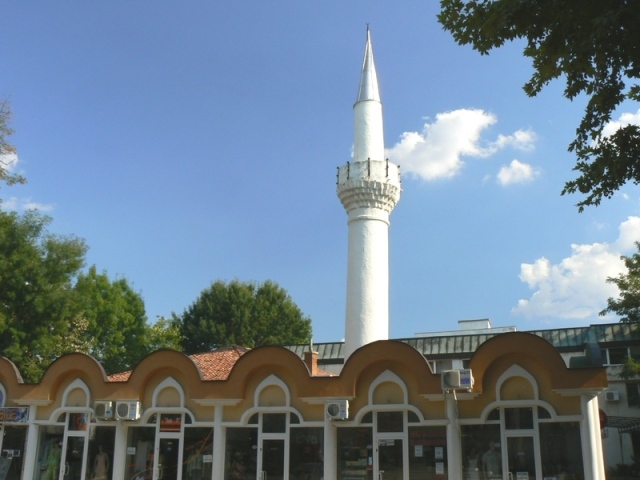 Eski Mosque claims to be one of the oldest mosques, built on our lands. According to the stone-built plate with an Arabic inscription, it dates back to 1394. At present, it is significantly dug into the ground (perhaps due to the elevation of the surrounding streets).
The building is rectangular and its northern entrance facade lies gently off the street, into a small courtyard. The prayer hall, with a slightly underlined longitudinal axis, covered by the centrally located niche in the opposite wall is illuminated by two rows of windows. The walls of the main building (without the shops and the business premises) are 1.00 m thick.
An old wooden grille is preserved in the business premises, from which the minaret is accessible. Traces from external writing (on a thick wall of the main building) are also visible. The minaret is white plastered – with a four-line stalactite motif under the balcony.
Eski Mosque is the main active prayer temple of the Muslims in the city.
The building was declared in 1967, by edition 68 of State Gazette, as a cultural monument with local importance. 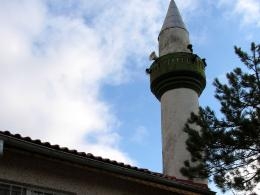 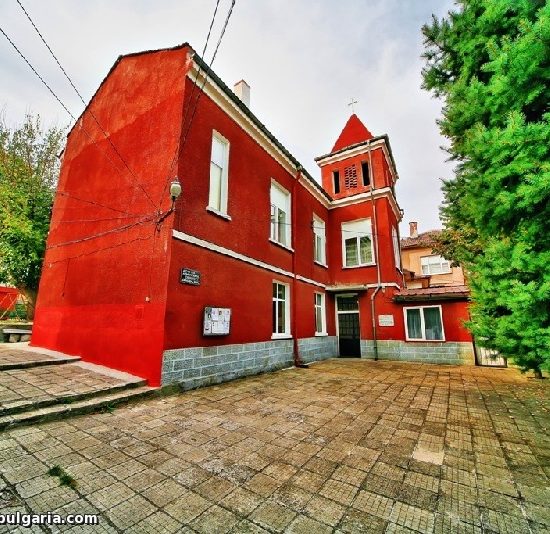